Flutter is a free to use SDK that is both developed and maintained by Google. It is not new in the mobile app development world and was released in 2017 for building cross-platform apps having a single codebase. It uses Dart programming language and it is a vast concept that is not possible to discuss in this blog post. Here we will discuss the benefits of Flutter for both developers and business enterprises.

What are the Benefits of Flutter for Development?

There are plenty of benefits with Flutter app development but here we are discussing some major ones as per developer basis as well as considering some business perspective.

Flutter includes a hot-reload feature with a single codebase making it helpful to build an app that is compatible with iOS and Android both. The in-built features of Flutter incorporate with all components for iOS and Android to provide a native performance for mobile apps.

This feature help to debug the code faster in comparison to native app development, thus testing the code is faster and debugging it is easy to build an amazing app.

Developers can build engaging UIs with Flutter beautiful material design and Cupertino widgets, smooth natural scrolling, rich motion APIs, and platform awareness. These in-built features help in fast development with the complete customizable widget. The code can be re-used, in case any further customization is required in the future.

With the support of a single codebase feature App development company build faster apps than other development SDK. The same code can be used to build apps for both Andriod and iOS, ultimately saving a lot of time in code management.

The best part of Flutter is that even beginners can learn it easily without any complications. Developers having knowledge of Java development will find easy to get started with Flutter app development. Flutter is Dart based on a new object-oriented programming language that is easy to learn and implement. It is easy to set up and building a mobile app is very entertaining.

Flutter has a strong community that is growing at a rapid pace for addressing any challenge in app development. The community comprises app developers, experts that have been clearing and discussing new features and bugs experienced during the app development. Developers when facing any doubt then they post it on the Flutter community to get fast suggestions from other experts.

Benefits of Flutter for Business Enterprises

For business enterprises, the biggest challenge is Rapid mobile app development to acquire a maximum user base. Flutter is open-source with cross-platform functionality and hot reloads features. These features make it the preferred choice for building apps faster and reach the market in a short duration. With Flutter only one code is used to work for both iOS and Android. Hot reload features make debugging faster so they can build awesome applications faster.

Flutter is comprised of only widgets. Hence it is simple to customize and manage the application. In today’s digital world everything is faster than we expect. So if any customization is required based on the market then it is simple and fast to update the applications. Your developer team just has to write a single codebase and it will work for both iOS and Android.

Team management is an important factor when it comes to mobile application development. Since for native application development, separate teams for both iOS and Android is required. That will increase team members and requires more time and energy for management. But this is not the case with Flutter App Development a single team is enough to manage for both iOS and Android platforms. It will reduce your team members, time and energy to manage them.

So these are some of the major features of Flutter SDK for both developers and business enterprises. These features can’t be ignored when looking to build a mobile app for users. 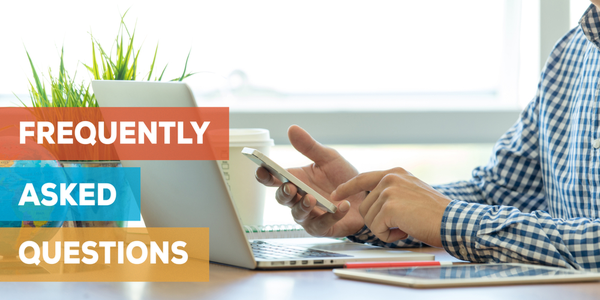 1. Why did Google create Flutter?

Flutter is a free and open-source SDK developed by Google for mobile app development. It provides a fast and expressive way for developers to build native apps on both IOS and Android. The flutter is the only framework having mobile SDK offering reactive styles without the use of any Javascript bridge.

2. What language is Flutter?

Flutter is Dart based and this programming language was introduced by Google in 2011 and is not that popular among the developers. Dart syntax is simple to understand for JavaScript as it supports most of the object-oriented concepts.

3. Is Flutter good for app development?

Yes, Google Flutter is an open-source mobile framework that facilitates the developers to build cross-platform mobile apps. Google isn’t competing for mobile app development with a solitary solution. It has both Android and Flutter as mobile app SDKs.

4. What are the top-companies using Flutter development services?

Some of the renowned brands using Flutter are:
• Google
• BMW
• Alibaba

Flutter is a robust, feature-rich app development SDK and is slowly becoming popular. The feature it offers is incredible and helps to build cross-platform apps ultimately saving development time. If you are looking for a mobile app for your business enterprise, it is the perfect time to invest in Flutter SDK.